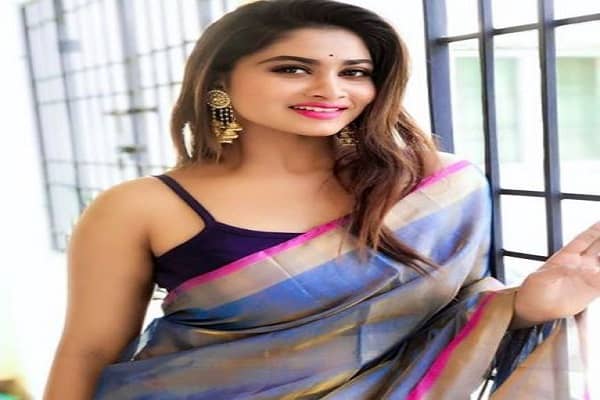 Shivani Narayanan is an actress of Indian film and television who mainly works in Tamil-language films and tv entertainment industry. Shivani was a contestant for the reality show Bigg Boss 4 Tamil in 202. Her film debut is in the movie Vikram which starred Kamal Haasan, with Vijay Sethupathi as the lead. 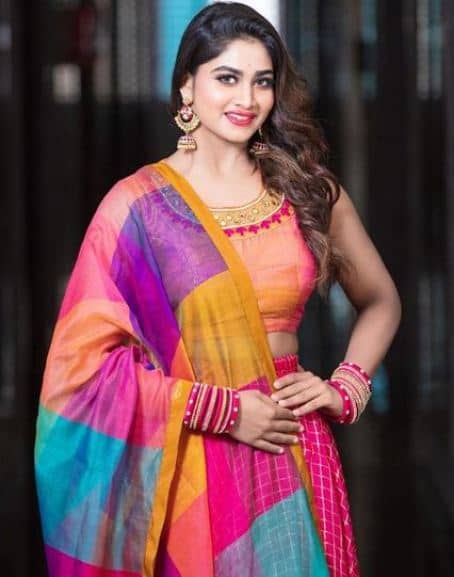 Shivani was born on 5th May, 2001 in Chennai, Tamil Nadu. Her mother’s name Akila Narayanan. She is the only child of her parents and has no siblings. She completed her schooling and 12th from Chennai.

Shivani had a great interest in acting since she was a kid and started taking up modeling assignments in high school. She started her career in 2015 by acting in advertisements and by doing print shoots.

Shivani Narayanan debuted as Sneha Arjun in 2016 in the tamil television series Pagal Nilavu. Then she played the role of Gayatri in Saravanan Meenatchi  3 as a guest role. She also appeared on Jodi Fun Unlimited as a participant. With the her co-star from Pagal Nilavu, she appeared in Kadaikutty Singam. She left that serial and began acting in a brand new serial in Rettai Roja, however later she was replaced by Chandini Tamilarasan. She had participated in the Indian reality show Bigg Boss four Tamil in the 2020 edition.

Shivani has mainly worked as a model and a television series actress till now. Her big screen debut is in the movie Vikram in which she is paired opposite Vijay Sethupathi.

She has more than 2 million followers on the popular social media site Instagram.

Shivani was awarded the best debute female award in the 3rd annual vijay television awards. She was also nominated for Favorite actress and also for favorite on screen pair with Mohammed Azeem in 2017 in the same award function.

Next year in 2018, she won Best & Favorite Budding Pair (With Mohammed Azeem) and Favorite Find of the Year in the same award show.

In 2019, she won the most promising actress award at the Zee kudumba Virudhugal for her acting in the serial Rettai Roja. She was also nominated for favorite heroine in the same award function.