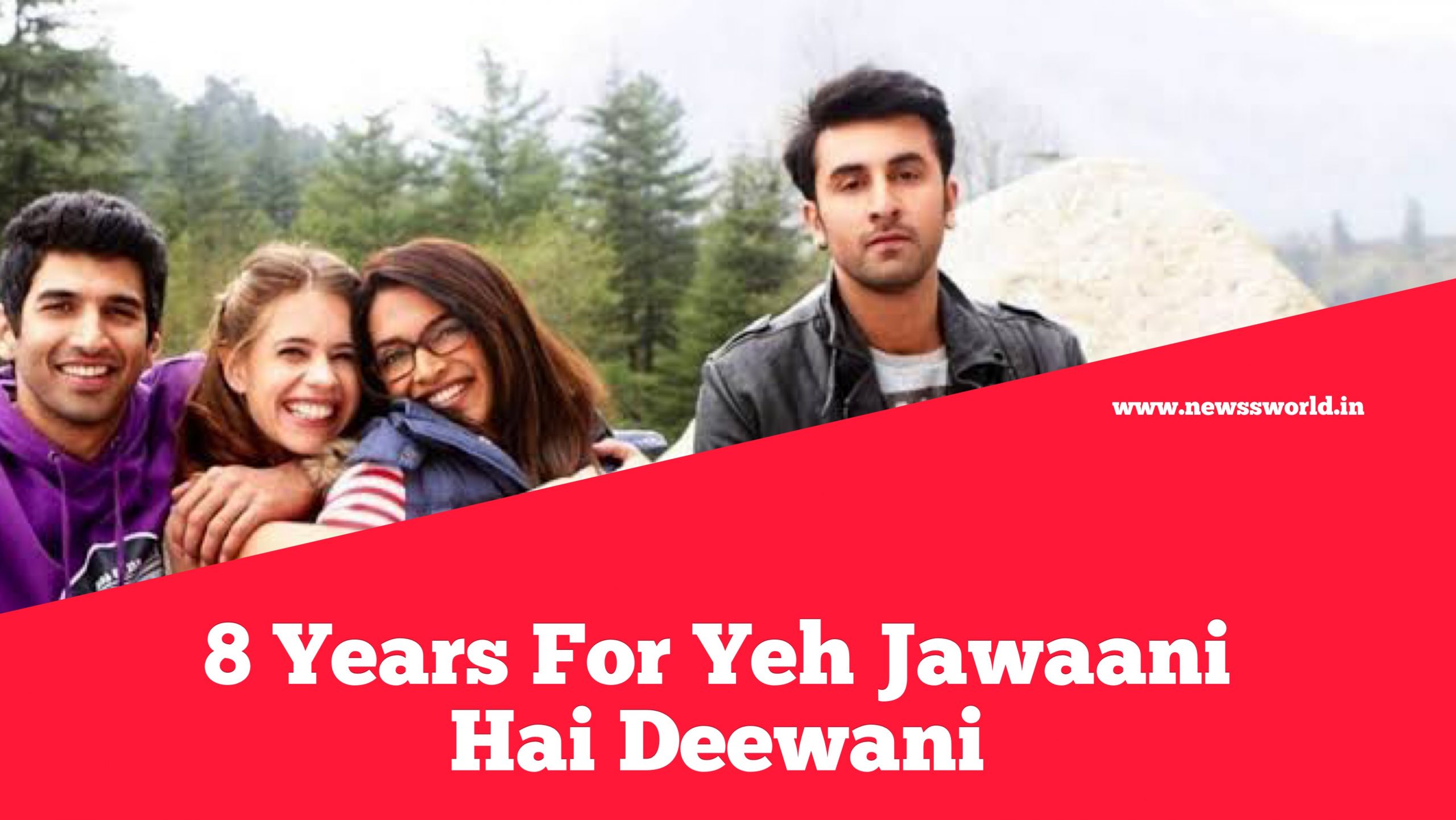 Yes, there we go eight years back, Yeh Jawani Hai Deewani.
Eight years have passed since you first touched our hearts(Yeh Jawaani Hai Deewan). Some movies cast a spell on your heart and get remembered for generations, and this movie is one of them.
This is not just a film(Yeh Jawaani Hai Deewan) but an emotion to all the wanderers, self lovers, dreamers, photographers and many other people. Ya, It’s been eight years since we’ve been watching Yeh Jawani Hai Deewani.
Even though eight years passed yet you give the same curiosity, excitement and enthusiasm whenever we watch you.
Whether it may be movie dialogues, songs, you planning to go on a trip with friends, this film remains constant.
So, let’s recollect few things from this Iconic film (Yeh Jawaani Hai Deewan)
The film was produced by Karan Johar, directed by Ayan Mukherji, written by Hussain Dalal, music by Pritam, production company by dharma productions, distributed by Eros international and UTV motion pictures, the story is by Ayan Mukherji, and cinematography is by V. Manikandan.
It was released on 31st of May 2013 worldwide in Hindi language, movie running time of 160 minutes; Yeh Jawaani Hai Deewan crossed ₹319 crores. It reached four stars out of 5.
This film shoot was done in many places like the Hidimba temple, Gulmarg, Pahalgam, Kashmir, France, Paris, Udaipur.
The movie is entirely about a person who loves himself and his dreams fully. Yeh Jawaani Hai Deewan
Starring Ranbir Kapoor as Kabir Thapar (Bunny), Deepika Padukone as Naina, Aditya Roy Kapur as Avinash ( Avi ) and Kalki Koechlin as Aditi.
Yeh Jawaani Hai Deewan is one of the most-watched films by wanderers as It is an altogether travelling based film. Yeh Jawaani Hai Deewan makes us fall in love with travelling, and It makes us realise that nothing is important than achieving your dreams and loving yourself first is the most beautiful things in the world.
The youth is crazy about this film as it involves every phase of life as Friendship, love, dreams, parents, sacrifice, pain, comedy, romance, drama and all other things.

Deepika Padukone plays a role as a medical student. It’s shown that she will be fed up with her studies and her boring life. Meanwhile, Ranbir Kapoor plays the role of a photographer.
Kalki, Ranbir and Aditya were best friends in the film(Yeh Jawaani Hai Deewan). They were planned to visit Manali. Bunny planned to travel and explore before they start a trip. Aditi will meet Naina in a supermarket where she suggests she join a journey with them, and she also makes her realises that there’s something more in life which are most important than scoring marks.  Naina was a brilliant student in her school and college life.
Later, Bunny meets Naina in the railway station where it all started. There he says to her that taking few steps in life by our own decisions will help us know ourselves.
Bunny was a dreamer and had only one dream to explore and discover the world. And it’s shown that he doesn’t have any interest in settling down in life.
This was the dialogue that attracted the film(Yeh Jawaani Hai Deewan)
When bunny says :
“Mai Edna Chahta hu, duenna Chahta hu, girna Bhi Chahta hu, bas rukna Nahi Chahta…
22 tak padayi
25 pe Naukri
26 pe chokri
30 pe Bacchae
60 pe retirement aur
Phir mauth ka intezaar… Dhat aise gissi Pitti life todi Jeena chahtha hu mai.”
This dialogue made every person realise that by adequately planning our futures, everyone has lost the sense where they’re not able to discover what they’re passionate off.
After that, reaching Manali, they will be trekking, exploring and did few crazy things. They create lovely memories all 4 of them will make us remember and realise all those trips which we every friend’s gang has dreamt of.
There in that trip, bunny and Naina grow closer to each other. Meanwhile, Avi will be flirting with another girl named Lara on the trip here bunny, and Naina gets to know that Aditi has feelings for Avi as Aditi was feeling jealous by Avi’s behaviour, but they both were quiet because they know that Avi doesn’t have any feelings for Aditi.
And one day, a night trekking towards Bhutan mountain makes Naina sees the new side of Bunny and knows that he’s something unique and falls in love with him. They celebrate Holi in Manali; meanwhile, Naina was above to tell Bunny that she loves him, but Avi comes with an envelope which turned as a second part of the film.
That was the envelope of the Bunny in which he applied for the school of journalism in Chicago. When Naina was above to tell him about her love, she realised that his dreams are important. She quit…
In the second half, we’ll be seeing after eight years leap, Naina becomes a doctor, Avi opens a bar, Aditi is getting married. Meanwhile, Bunny Is in Paris, busy fulfilling all his dreams with the song “Illahi”. But he was not happy about that.
Later he receives a video from Aditi inviting her to her wedding, and then, he enters India with the song “Badtameez Dil” and meet all his three friends, avi, Aditi and Naina. After reaching, there will be a small fight between Avi and bunny that; while focusing on his dreams his lost everything, which was only his. Avi scolds Bunny that you didn’t even attend your father’s last rites.
Marriage rituals begin later Naina falls in love with the Bunny again. Later Bunny realises his feeling towards Naina as aditis wedding was in Jaipur; after sangeet, they both planned to witness Jaipur’s beauty and discovers his sense for Naina.
Later Naina friend Vikram (Rana Dagubbati) arrives, and the Bunny gets jealous of him as he thought he was the boyfriend of Naina and started an argument there. Later, Bunny asks Naina to tell Vikram that to leave from here.
Then, Naina tells bunny that she loves him for the past eight years. After a head heated argument later, they share a kiss and gets closer.
Then, Bunny confronts Aditi and asks that she have a crush on Avi, but why is she getting married to someone? Then? She explains that only I was in love with Avi, not him. Later she got realised that spending time with someone with whom we can share every little thing will help us to come over from the things which we went through and makes us realise that what’s correct for us.
After listening to Aditi, Bunny realises his love towards Naina, and he’ll propose to her, and then she replies that we both are entirely different from each other and can’t be one, and she leaves him unanswered. Later he realises his mistakes that he made by following his dreams.

Kabira songs will be played, and then he goes to his home, spend some time with his mom, and says sorry for everything. Then his mom will say to him, that do what makes you happy.