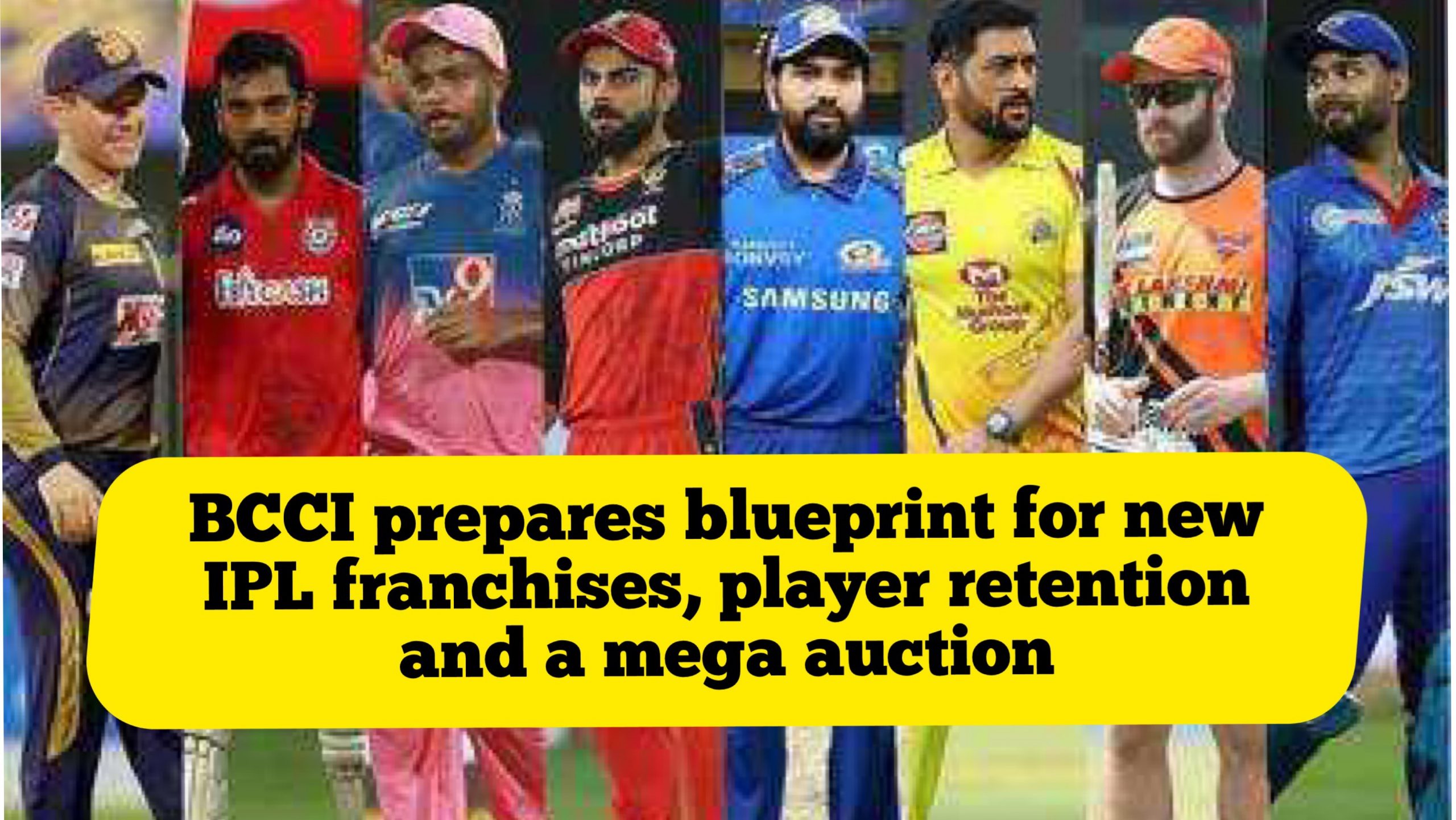 The BCCI has finalised the blueprint for the Indian Premier League (IPL). Two new franchises, player retention, a mega auction, increments in the salary purse and a fresh media rights tender are among the plans that are waiting to be rolled out between August 2021 and January 2022.

The cricket board has finally made up its mind to introduce two new franchises to the league. A tender document for the same will be brought out in mid-August and following the mandatory checks, bids will be opened in mid-October, to be timed with the final of IPL-Phase 2 in the UAE.

Kolkata-based RP-Sanjiv Goenka Group based out of Kolkata; the Adani group headquartered in Ahmedabad;

Aurobindo Pharma Ltd based out of Hyderabad and the Torrent Group that operates from Gujarat are learnt to be showing interest. Likewise, there are some other corporate entities and some private equity and investment advisory firms who are busy studying this space closely right now.

The BCCI is set to increase the salary purse from Rs 85 crore to Rs 90 crore, that will mean adding Rs 50 crore to the total salary pool (among 10 franchises). Franchises must mandatorily spend 75% of the allotted purse. Over the next three years, the purse will increase from Rs 90 crore to Rs 95 and eventually Rs 100 crore ahead of the 2024 season.

Player retention has also been finalised. Each franchise will be allowed to retain four players, but with the following conditions – they can either retain three Indians and one overseas player or two Indians and two overseas players.

Franchises retaining players must deduct specified sums from their salary purse before heading into an auction. The salary deduction, in the existing structure, is stipulated as follows: Rs 15 cr, Rs 11 cr and Rs 7 cr if three players are retained; Rs 12.5 cr and Rs 8.5 cr if two players are retained; and Rs 12.5 cr if only one player is retained.

Teams to have more money in the purse hints BCCI

The report further said that BCCI is set to increase the salary purse from INR 85 crore to INR 90 crore, adding INR 50 crore to the total salary pool. It is mandatory for all the franchises to spend at least 75% of the allotted purse. Franchises retaining players must deduct specified sums from their salary purse before heading into the auction pool.

As per the existing structure, the deduction in purse amount is laid down as follows: INR 15 crore, INR 11 crore, and INR 7 crore if three players are retained, INR 12.5 crore and INR 8.5 crore in case of two players, and INR 12.5 crore if only one player is retained. However, this structure is likely to undergo some changes with BCCI allowing teams to retain four players now.

Speaking of IPL 2021, many teams might not be able to field their best combination with foreign players likely to pull out of the tournament owing to travel restrictions and quarantine protocols. Moreover, the tournament will be followed by the high-voltage ICC T20 World Cup and national boards will want their players to be fit for the event.

IPL: Increase in Salary Purse for Teams, Bid for New Franchises on Cards for BCCI

According to a report in the Times of India, the BCCI has prepared a blueprint for the IPL, that includes two new teams, player retention, mega auction, increment in salary purse and media rights tender too.

As for the new IPL teams a tender will be brought out mid-August, following the mandatory checks, and the bid will be open mid-October, which will be timed for phase 2 of the IPL. Meanwhile, the business groups showing interest in the teams are Kolkata-based RP-Sanjiv Goenka Group; the Adani group from Ahmedabad; Aurobindo Pharma Ltd from Hyderabad and the Torrent Group that operates from Gujarat. (BCCI)

It is also learnt that the salary purse will for the teams will be increased to INR 90 crore. Not only that, in the next three years, the amount will rise to 100 crore ahead of 2024 season. Out of this amount, teams will have to spend a minimum of 75%. As for the retention of players, each team will be given an option of retaining four players. Teams will be able to either retain three Indians and one overseas player or two Indians and two overseas players.

IPL New Teams – Tenders coming out in August: This Diwali will be really special for the Board of Control for Cricket in India (BCCI) & the Indian Premier League (IPL). Not only by mid of October, the BCCI will finish the 31 remaining matches of IPL 2021 in UAE but will also finish the unfinished business of finalizing the two new IPL teams for the next season. According to the information available, BCCI will come out with tender documents for two new teams by August and will confirm the new teams by middle of October.