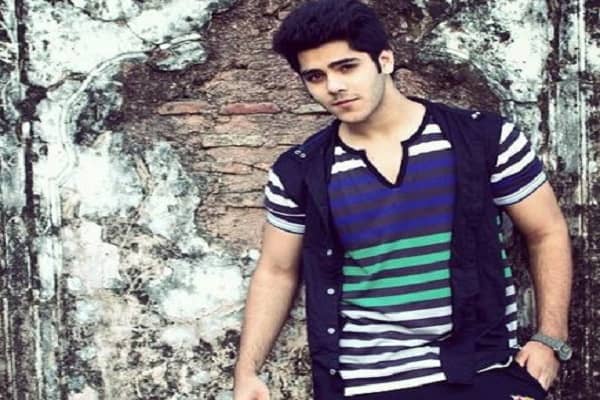 Simba Nagpal is an upcoming and talented TV actor and a model. He is most recognized for his performance as the male lead in the television show Shakti Astitva Ke Ehsaas Ki. On MTV Channel, he had his acting debut in the television show MTV Splitsvilla. He appeared in Season 15 of Colors TV’s popular tv reality show Bigg Boss in 2021.

Simba Nagpal was born and raised in New Delhi, India, on September 25, 1996. He did his schooling in New Delhi itself. Simba had wanted to be an actor since he was a toddler and had seen his first film, but his family had always insisted that he finish his studies first.

After that, he received his diploma from Gurugram’s Sushant School of Arts and Architecture. He also did his graduation from Ansal University. According to the source, his father died when he was a child, and he did not learn about it until three years later. Simba does not have any siblings.

Beginning of his career and current work

He entered the modeling profession and began modeling during his undergraduate years. He also did runway walks for a number of well-known fashion labels. However, while he was in his final year of college, he contacted an agency and made plans to travel to Mumbai, where he received several job offers. In this connection, he used to travel to Bombay on weekends after then.

In the year 2018, he finally had the opportunity to make his acting debut with the tv program MTV Splitsvilla Season 11. Simba Nagpal was a contestant in this MTV reality show, but he did not win the competition.

Following this, in 2019, Simba auditioned for yet another MTV reality show, MTV Roadies, but was not chosen. He was offered the position of Virat Singh in Colors TV’s drama Shakti- Astitva Ke Ehsaas Ki in the same year of 2019, which he accepted and portrayed well, earning him a place in the hearts of the television public.

He was a very innocent kind of person and did not get into any fights during his stay in all the reality shows. He says that he has always been an introvert and does not like much to get into arguments.

Simba rose to celebrity as a result of his role in the series, and he has appeared in advertising for businesses such as Urban Clap & Fasoos. Simba then joined Bigg Boss 15 after leaving Shakti: Astitva Ke Ehsaas Ki. He appears as a contestant on Colors TV’s popular television show Bigg Boss 15 in 2021.

Simba has a good number of fans and about 420k followers on Instagram. He is been rumored to be dating Monal Jagtani. He regulary works out and has a great physique. Not much is known about his private life because he is a very introverted person who avoids the paps and the media and likes to keep his life private.